BALI (BPN) – After a long two-year pandemic-forced hiatus, the World Surf League and Rip Curl announce that the 16th annual Rip Curl Cup is back ON, and for 2022 it not only provides the perfect forum for 8 of the world’s best international tube riders to challenge themselves against the best barrel on this side of the planet but welcomes in a new trials format that will decide which 8 locals from a mix of Bali’s legends and past champions to up-and-coming tube riders including the first local female invitee will join those 8 internationals.

“WSL is extremely excited for this year’s Rip Curl Cup at Padang Padang in Indonesia. We are thrilled to be working with Rip Curl on this specialty event again in 2022,” said Ty Sorati, WSL Tour Manager-Asia Pacific.

“This event is so unique because it will only run on the biggest and best swell during the window meaning it is guaranteed to see perfect barrels for the competition day. We can’t wait to see some of the world’s best tube riders and Indonesia’s finest do battle at one of the world’s most mystical waves.”

The 16 invited tube-riding specialists will be standing by during the month of August in anticipation of paddling out during the most perfect swell and tide conditions and showing the global surfing audience how to master the hallowed Padang-Padang pits.

Rip Curl Indonesia’s Event Manager Ribut Wahyudi alongside Rip Curl Indonesia’s Contest Director James Hendy will be eying the charts each day, reading the tea leaves, and analyzing all the probabilities, ready to call the Rip Curl Cup ON when the conditions for the perfect Padang Padang swell materialize.

“Seeing the best Tube Riders in the world face off against Indonesia’s best talent once again at the Balinese Pipeline after a two-year hiatus is something we have all been dreaming of,” said Contest Director James Hendy.

“We are grateful to the local surfing community and regional Government for allowing the tradition to continue and look forward to seeing everyone at the Opening Ceremony at Padang Beach on Sunday, July 31st “.

The Rip Curl Cup Trials this year will see a significant change in format for the selection process of the 8 locals that will be in the main event’s field of 16.

In previous years the top 4 finalists from the Trials and the top 4 from the last year’s Main event joined the 8 hand-picked internationals to make up the final field, but this year brings an evolutionary departure to the Trials event format.

Among the world’s best barrel riders confirmed to represent Indonesia is Taina Angel Izquierdo, the only woman in the trials’ heat draw this year.

“Growing up, every single year since a very young age, I’ve always been around the Rip Curl Cup Padang Padang event watching it and feeling how special and magical of an event it is,” said Taina Angel.

“When I got the invitation to surf in the trials this year, I just felt so in awe. So honored and grateful. To be an Indonesian female surfer competing against some of my favorite surfers in not just any surf spot but, Padang Padang? Wow, truly it’s a dream come true,” she added.

32 Indonesian locals have been invited to the Trials, same as in years past, but in the water, it will be anything but the usual.

Here is how it will happen: Round Robin, Non-Elimination 8 Man Heats, 8 One Hour Heats, each surfer will surf twice, with his/her best two waves counting towards their overall total (20 out of 20 is the maximum score possible), the top 8 Surfers with the Highest Total Heat Scores will advance into the Main event, surfer with the Highest Overall Heat Total from their combined two wave scores will be the Rip Curl Cup Padang-Padang Trials Champion 2022.

Ensuring that the 2022 Rip Curl Cup is exposed to the frothing global surfing audience is a renewed partnership with the World Surf League, who for the 5th time are sanctioning the Rip Curl Cup as a Specialty Event.

The Rip Curl Cup Trials waiting period is already underway, and as of this writing, it may be called ON in the window of July 26-29 if the current swell prediction becomes a reality.

The 2022 Rip Curl Cup Padang Padang will be webcast LIVE to the world at ripcurl.com and at worldsurfleague.com. Fans can also visit the Rip Curl website to check the official event swell forecast, real-time contest status, and video updates from Bali. 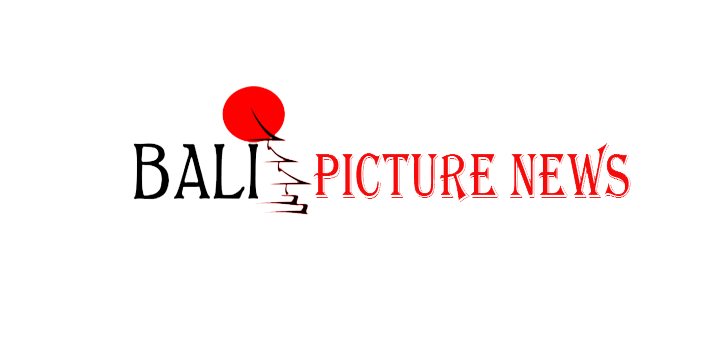 Bali Picture News is Bali’s English-language online news, launched to give its readers a glimpse into Bali life, both from a news and feature perspectives Balipicturenews.com delivers its readers’ needs on the updated news around Bali ranging from local news, business, tourism, arts & culture, lifestyle, calendar events, and others. Therefore, Bali Picture News becomes a very effective media to spread information and advertising message to expatriates, professionals, and tourists both to those who want to go to Bali or are already in Bali.
Contact us: balipicnews@gmail.com
© Bali Picture News - 2019
MORE STORIES