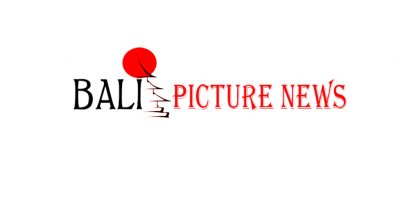 DENPASAR, Bali (BPN) – Hundreds of protesters consisting of journalist organizations, students, LBH (legal aid) and the public rallied the Law and Human Rights Ministry’s Bali Office (Kanwilkumham), protesting and asking President Joko Widodo’s to retract his decision to grant remission to I Nyoman Susrama, the murder of journalist Anak Agung Gede Ngurah Prabangsa in 2009. The protests also held by journalists and other organizations across the country, on Friday.

The action coordinator Nandhang Astika, said that Jokowi’s decision to provide remission as a form of deterioration on freedom of press.

“We consider that there is a deterioration on freedom of the press, moreover because the Prabangsa’s case was the only case of violence and murder of journalists in Indonesia that was successfully revealed,” he said on Friday.

Several other journalists also made speeches and stated that the remission issued by the President has tarnished press freedom in Indonesia.

“The late Prabangsa was killed because he uncovered a case of misused funds on development in Bangli Regency. If the remission is not revoked then there will be other journalists killed for uncovering a case, and the killer will not be afraid because even though he/she is imprisoned, but eventually will receive a relief,” Sandi, local journalist said.

The rally was finally responded by Sutrisno, Head of Kanwilkumham, who mentioned the reason why his office proposed the remission, which according to him, it was an obligation.

“Based on the law, the remission is given to inmate who have been in good behavior, have not committed serious violations while in jail and have served a minimum of five years in prison. Therefore we are obliged to submit this remission,” Sutrisno explained.

But still, Sutrisno give his words to bring the petition from the protesters to be delivered directly to the Minister of Law and Human Rights Yasona Laoly.

This murder case that occurred in 2009 started after a report written by Prabangsa in the Radar Bali newspaper. The news was related to the alleged corruption involving Susrama.

The results of police investigation proved that Susrama was the mastermind behind the murder. He was known to have ordered his men to pick Prabangsa in Taman Bali, Bangli, on February 11, 2009.

Prabangsa was then taken to the backyard of Susrama’s house in Banjar Petak, Bebalang, Bangli. It was there that he ordered his men to beat and kill Prabangsa. Prabangsa was still breathing when he was taken to Goa Lawah Beach, in Blatung Hamlet, Pesinggahan Village, Klungkung Regency. Using a boat, Susrama’s men thrown Prabangsa into the sea.

On February 15, 2010, the panel of judges of Denpasar Court sentenced Susrama to life imprisonment. The decision also ensnared eight other people involved, with sentences ranging from five to 20 years in prison.

Indonesia to Prepare Bid to Host for 2032 Olympic